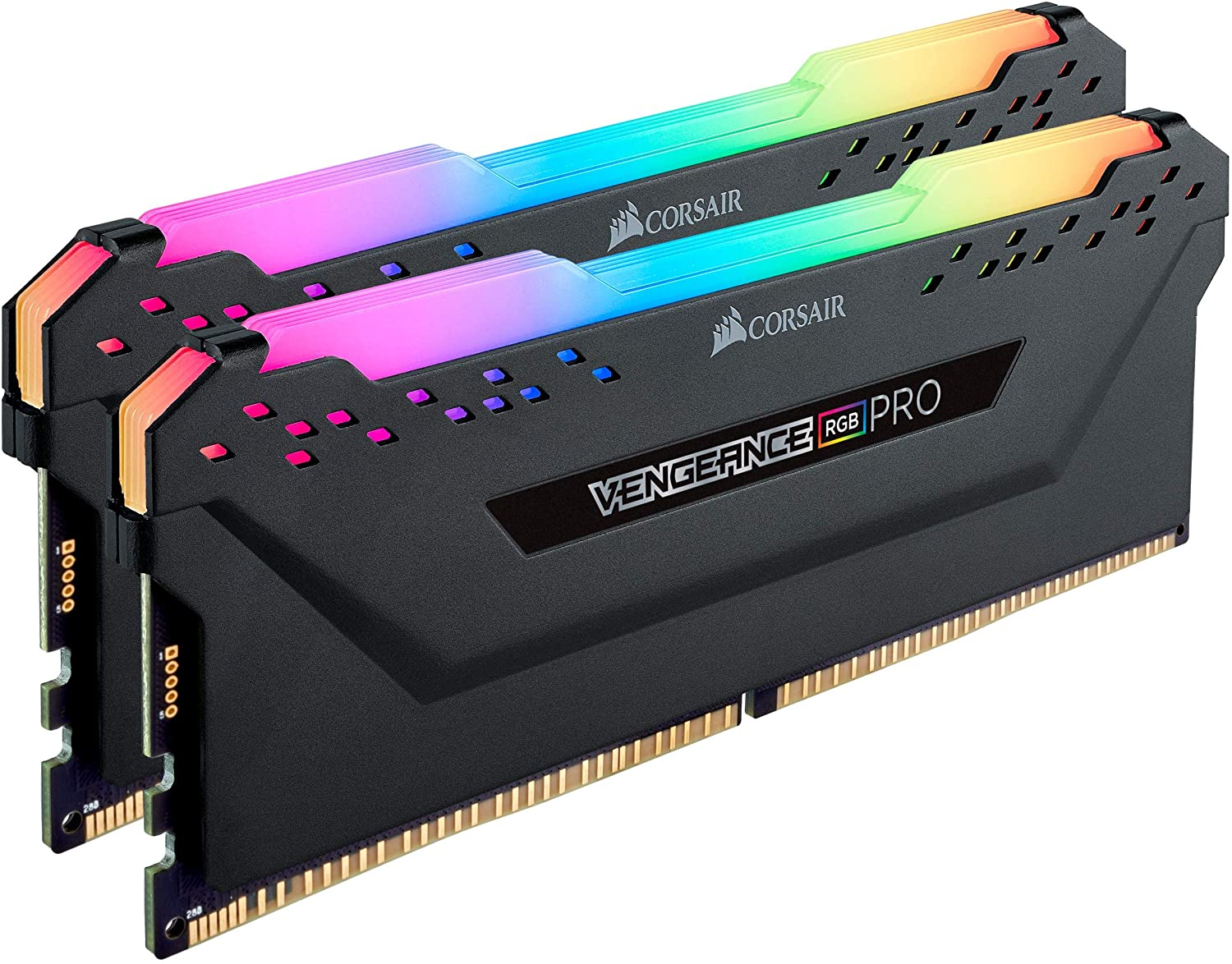 Physical RAM modules typically contain anywhere from 4 to 128GB of memory (well, at the time of writing). However, there are only a few sticks of RAM, and possibly hundreds of processes that need to access them at the same time!

This is where memory management comes in. This chapter will cover several methods to do so, such as address translation (virtual memory) and paging (breaking memory into chunks).

First, let’s solve one of the major problems: how do we allow many programs to share a single module of physical memory?

The TL;DR: virtual memory, or an illusionary space given to each program such that they think they’re the only one using the memory. Then, we can offload the work of translating virtual memory to physical memory to the kernel.

An effective address translation scheme will have the following:

The Basics: Base and Bound #

Recall the simple base and bound scheme to map process memory to physical memory by adding a certain offset to each memory address: 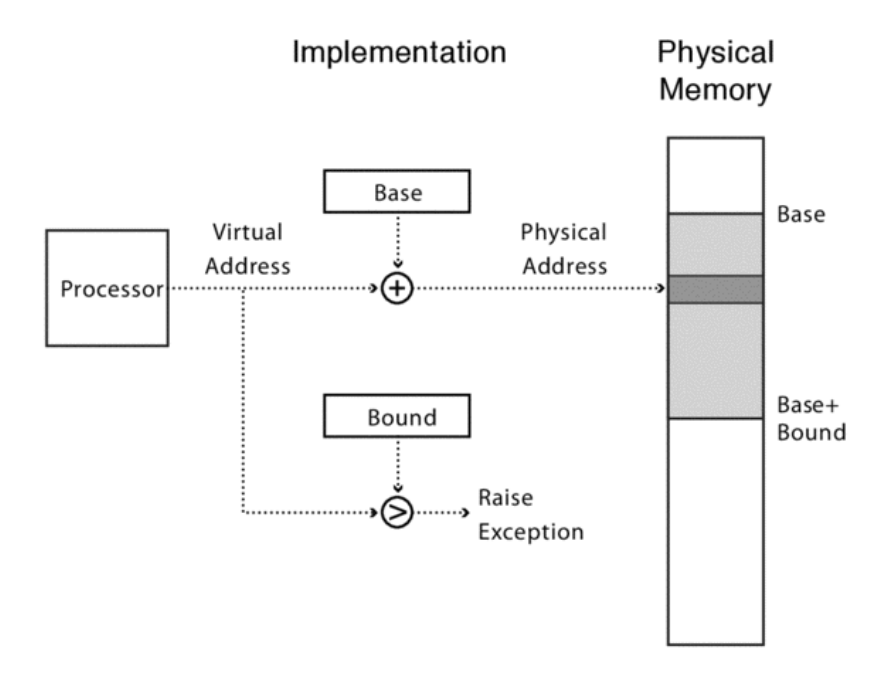 Base and bound, while very easy to implement, has severe limitations. Notably, it does not allow for memory sharing, and dynamically growing memory regions like heaps or stacks are not supported.

The primary way we can fix these issues: segmented memory. Rather than only having one section of memory per process, we could split it up, such that a process’ memory is composed of many small chunks of physical memory! 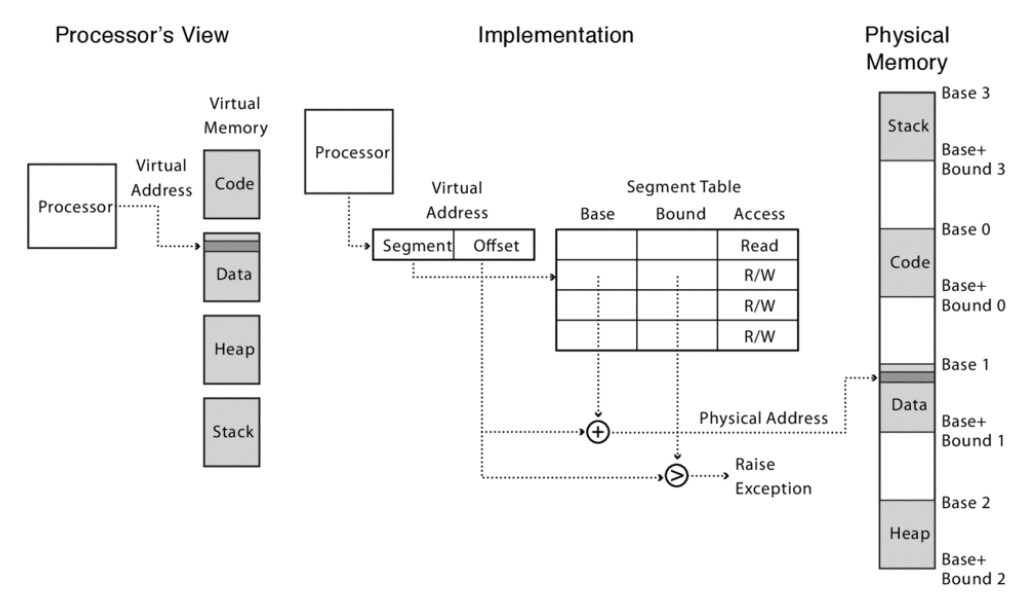 Using segmented memory, we can more easily share memory (just give multiple processes a pointer to the same segment(s). Furthermore, if a growing data structure such as the heap starts to overflow onto another section, we can just work around that and set the next segment to point to an entirely different part of memory.

However, segmented memory still has its own limitations. The biggest problem is that of fragmentation, or wasted space in memory.

Let’s explore a third option of memory management, paged memory! Rather than a list of segments, each process will have fixed-sized page frames. This has multiple advantages: 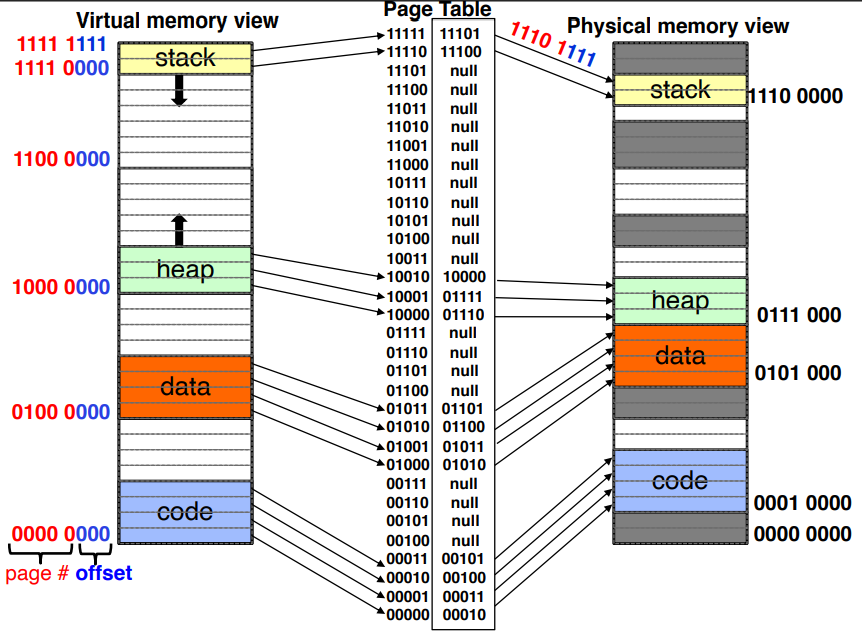 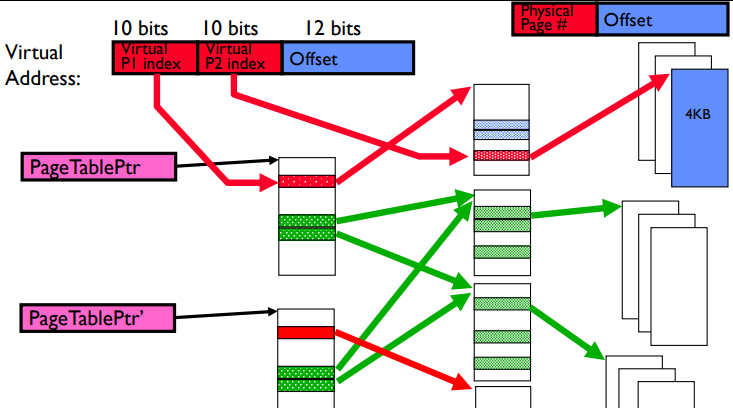 Now, let’s get more specific about how paging can be implemented, and how to evaluate a particular paging scheme.

To get acquainted with the numbers we’ll be working with, here are a few typical sizes:

And for a 64-bit system, the amount of memory needed to store the page table gets absolutely ludicrous (on the order of exabytes)! Luckily, there is a solution:

Especially in 64-bit systems, we almost never need to use the entire address space. Thus, the address space is sparse (lots of empty memory in between used sections), and most of the page table entries will be pointing to unused areas. 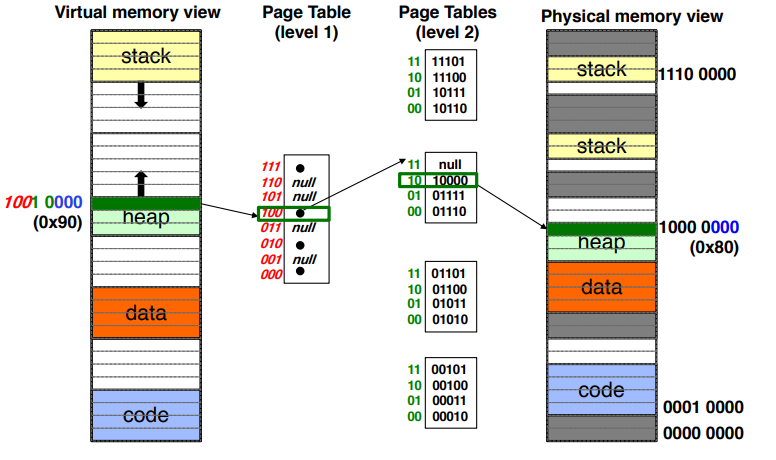 To make things even less memory-intensive, we can use inverted page tables which store mappings in a hash table structure rather than a tree structure. While more complex, this makes the size of the page table independent of the size of the virtual address space.