How do we scale the ideas of routing and forwarding to the scale of the entire internet?

This is mainly resolved with the domain of addressing.

As a result of this hierarchical addressing scheme, each internal router only needs to store information about the hosts within the same network, as well as a gateway address to a border router connected to external networks.

In the modern internet, addresses are assigned using the IPv4 scheme, which is typically represented in the dotted quad format (XXX.XXX.XXX.XXX).

IPv4 addresses are 32-bit, and

In the early internet, there were three main classes of networks:

However, this classful structure created several issues, the biggest of which was that the majority of organizations needed Class B networks, despite there only being ~16,000 of them.

As a solution to classful addressing, CIDR (classless inter-domain routing) was invented. CIDR introduces a new hierarchy for address assignment:

At each step, the assigner adds a certain number of bits to reduce the number of available addresses for the next step. 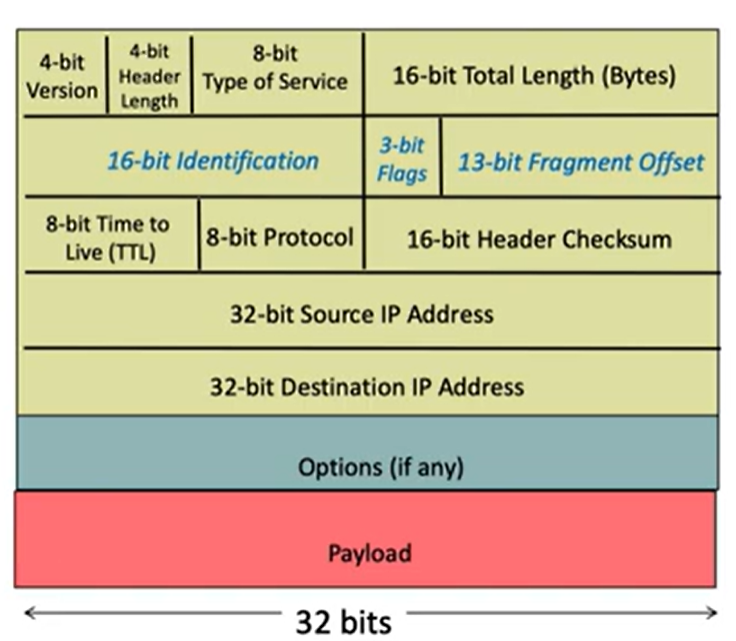 Given a routing table, how do we actually match a requested destination IP with its host?

The naive solution would be to just iterate through all of the table entries until a match is found, but this is very slow. An improvement would be to create a prefix tree to take advantage of the binary tree structure enabled by bitstrings. 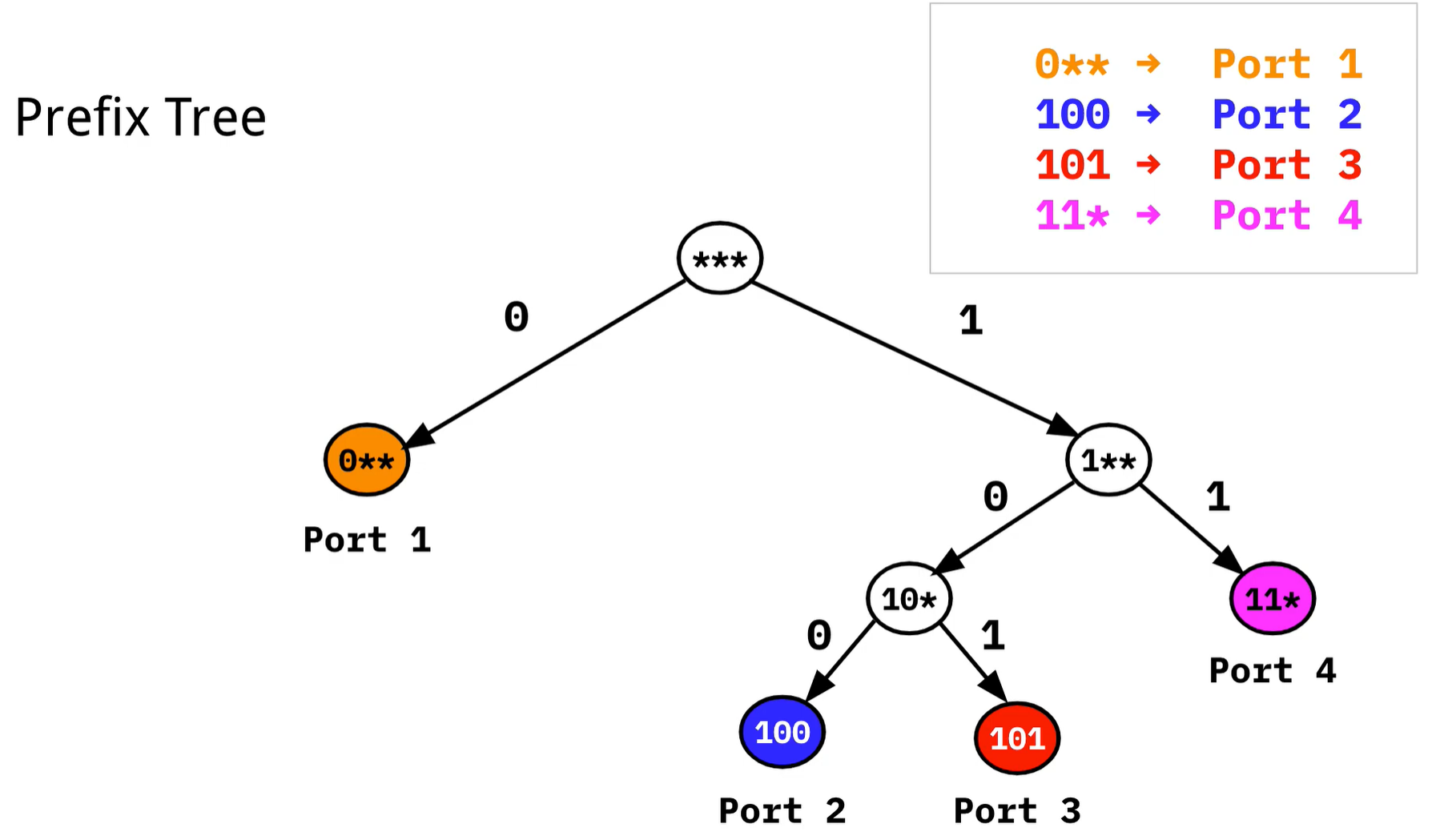 Realistically, due to the hierarchy of addressing multiple prefixes are often assigned to the same port (such as towards your ISP). Suppose in the illustration above that 0**, 101, and 11* all pointed towards Port 1. Then, the prefix tree can be compacted as such: 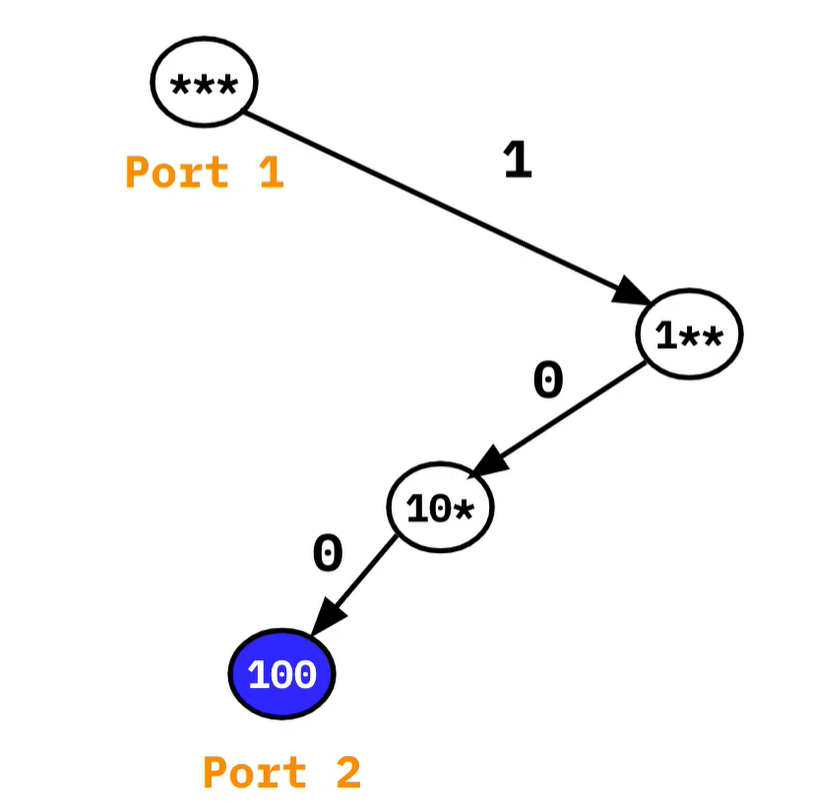 Suppose we have an MTU of 500 bytes, and a 600-byte packet. Then, the packet will be split into two packets:

As of today (Oct 2022), about 40% of internet users support IPv6 ( https://www.google.com/intl/en/ipv6/statistics.html), but it will take a very long time before we can completely deprecate IPv4.

IPv6 is a more elegant, but unambitious protocol that mostly builds onto IPv4 with some minor improvements.

Here are the IPv4 and IPv6 headers side by side: 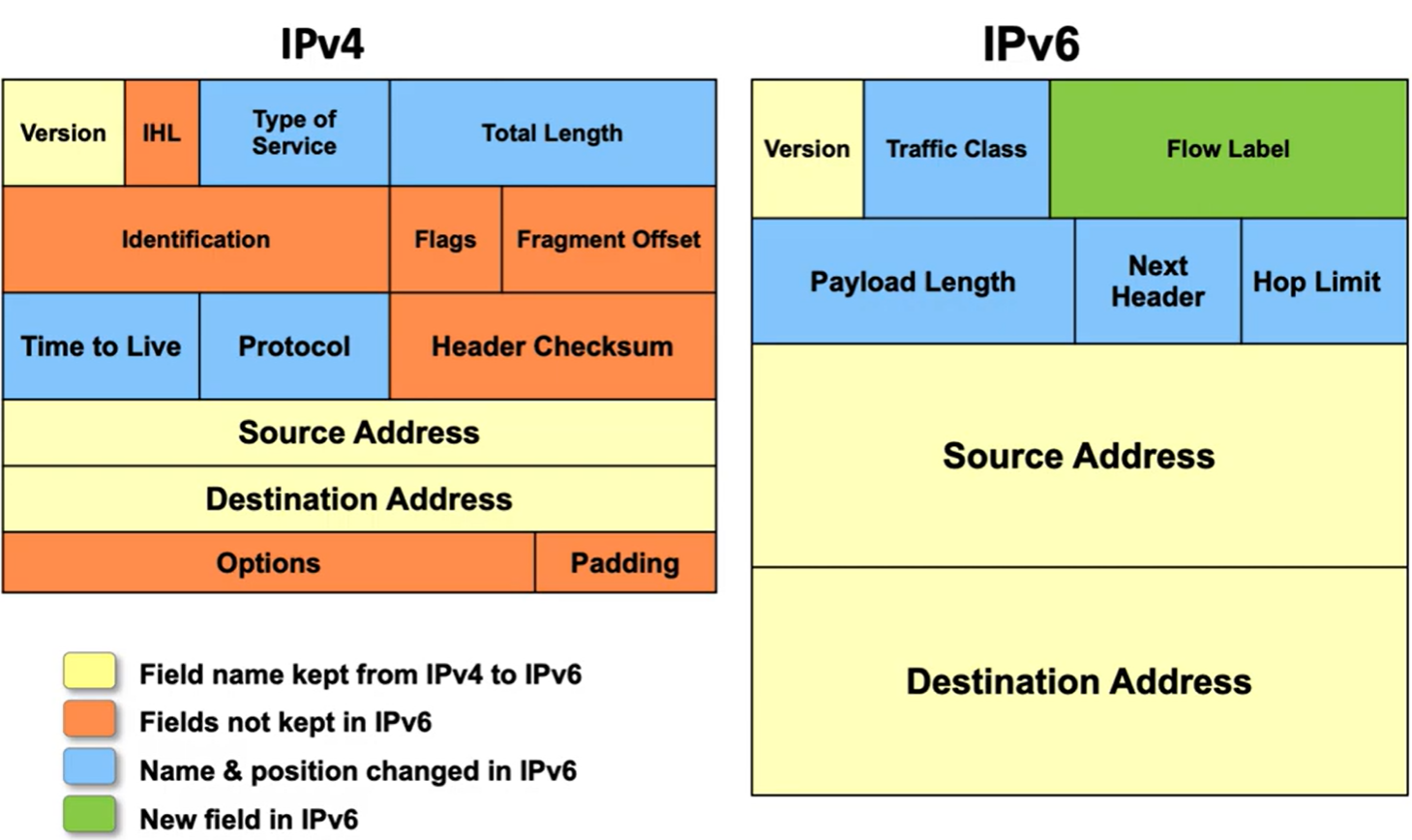 If an attacker can choose whatever they want to put in an IPv4 packet, they can exploit several vulnerabilities: