A process is an execution environment with restricted rights.

A process consists of:

The process abstraction creates a tradeoff between protection and efficiency: communication is easier within processes, but harder between processes.

In UNIX-based systems, the primary way to create new processes is to fork an existing process. This creates a child process with a single thread, and copies all code and resources available to the parent process at that point in time.

Forking can be done with the C library function pid_t fork(). fork returns a process ID (pid) that allows us to identify which process is currently running:

When fork is called, the following operations are carried out by the kernel:

What if instead of copying a process, we wanted to create a whole new, unrelated one that does something different?

The parameters passed in represent:

Some of the functions have special behaviors:

The wait syscall pauses the parent process until the child process finishes running or is otherwise terminated. In C, this syscall can be made with the following function:

Here, *wstatus is a pointer to some integer variable. When the child process completes, wstatus is set to the return value of the process.

There is also the pid_t waitpid(pid_t pid, int *status, int options) function, which waits for a specific child process to terminate rather than all child processes.

Typically, processes are protected from each other since they can only access their own portions of physical memory. 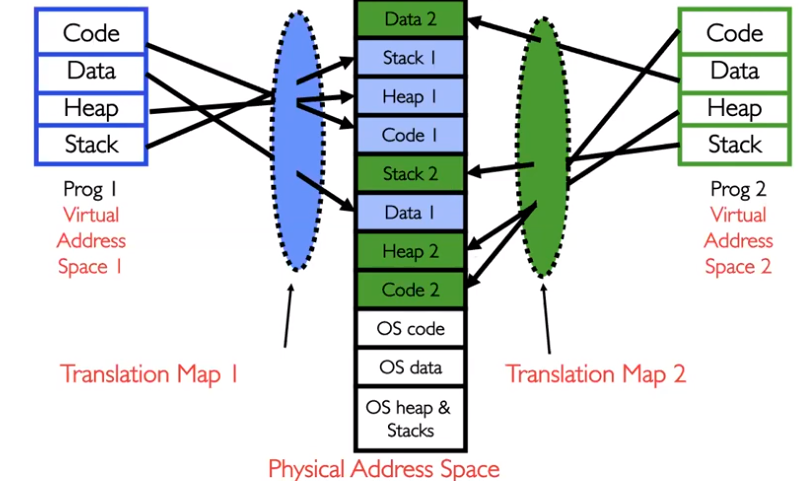 To circumvent this protection, there are several methods:

POSIX Pipe: finite memory buffer that can be written to and read from using pipe