Here’s a graph of the packet delay as a function of load, assuming that we use a simple queue:

Fundamentally, congestion control is a resource allocation problem. However, it is very complex because changing one link can have a global impact, and these impacts need to be accounted for by every router on every flow change.

In the 1980s, the early internet experienced congestion collapse when the network was overloaded. As a solution, Van Jacobson and Michael Karels created an algorithm to adjust window size based on observed packet loss. This algorithm was quickly adopted because it required no router or application updates, only a small patch to BSD’s TCP implementation.

These three goals are not always compatible, so we aim to strike a reasonable balance between them.

After the initial rate is determined using Slow Start, TCP needs to dynamically adjust the rate to adapt to changes in available bandwidth.

There is a tradeoff between efficiency (utilization of total available bandwidth) and fairness (how similar the allocations are for different flows). We can model this tradeoff using this graph: 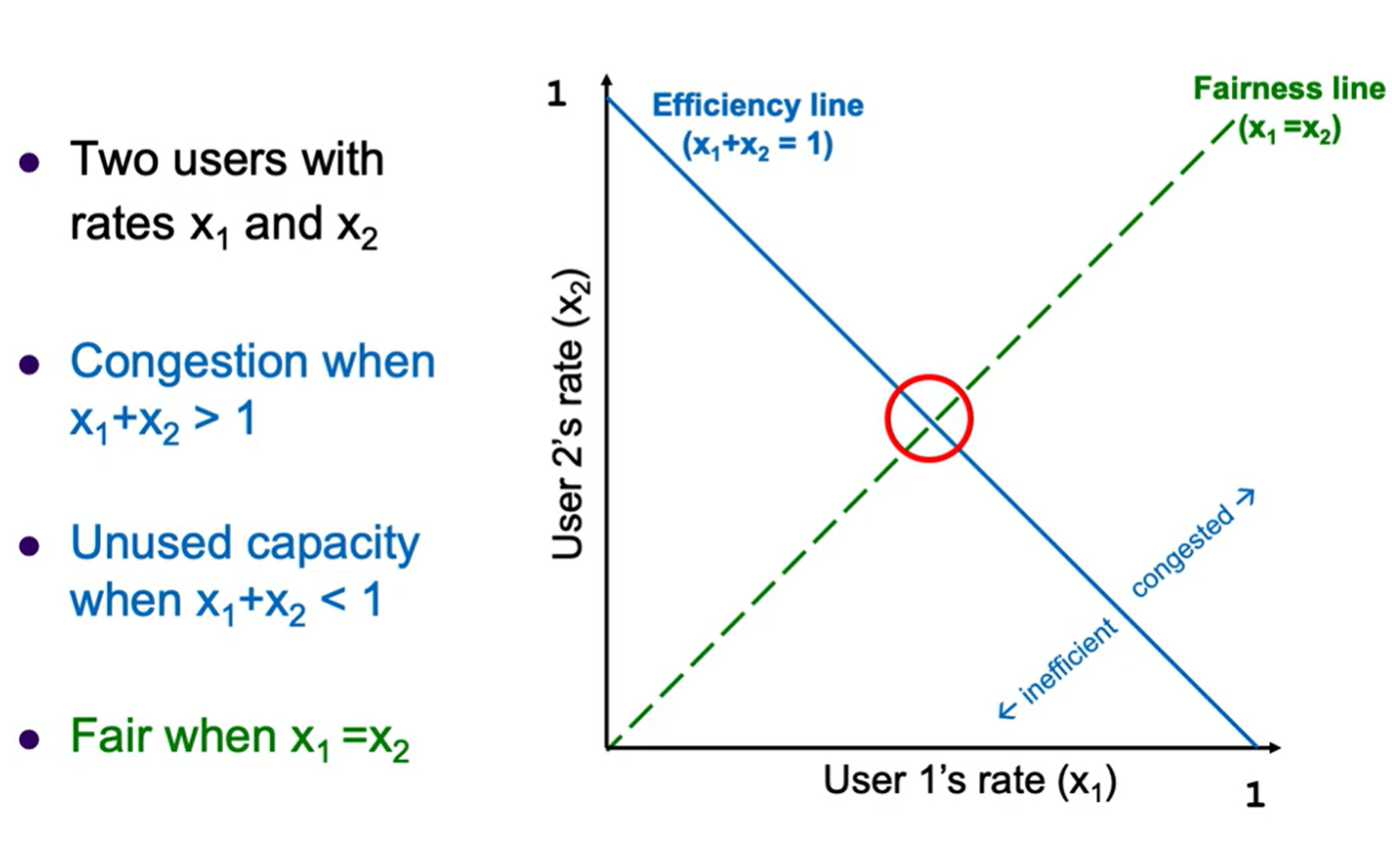 There are 4 methods of changing the rate. A = additive, M = multiplicative, I = increase, D = decrease.