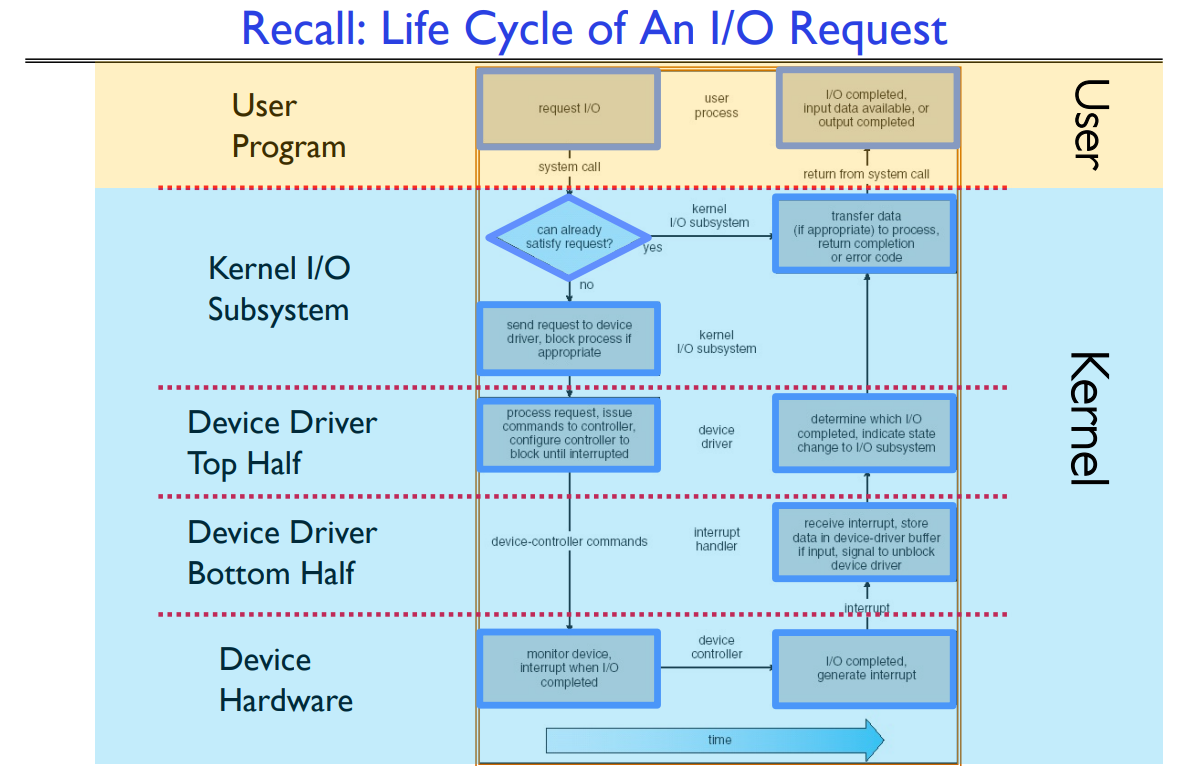 A computer handles I/O on its end using several mechanisms:

A processor can interact with device data in one of two ways:

Transferring data to and from a device controller can be done in one of two ways:

There are two ways to notify the OS about I/O events:

Modern devices usually combine polling and interrupts: for example, network adapters could use interrupts to wait for the first packet, then poll for subsequent packets.

Hard drives are magnetic disks that contain tracks of data around a cylinder.

HDD’s are generally good for sequential reading, but bad for random reads.

Suppose a hard drive has the following spects:

For a 64KB read, the throughput can be calculated as bytes/latency, or

Latency (response time) is the amount of time needed to perform an operation.

Bandwidth (throughput) is the rate at which operations are performed.

Overhead (startup) is the time taken to initiate an operation.

A job enters every 5 seconds, and completes in 60 seconds. What is the average queue length?

FAT stands for File Allocation Table. This file system consists of a table with entries that correspond one-to-one with blocks and stores information in a linked list format. (For example, file number 31 could point to 62, which could point to 53… all of these blocks in the table when read in order create a file.) 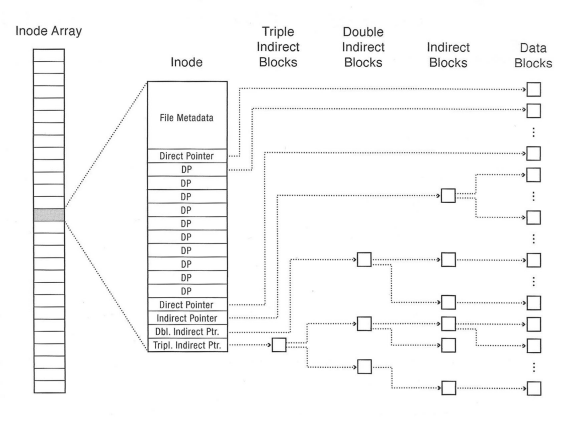 Each inode has file metadata and a list of pointers (direct, indirect, doubly indirect…) to blocks.

NTFS (New Technology File System) is currently used by Windows. Rather than an inode array like FFS, it uses a Master File Table. Each entry in the MFT contains file metadata and data; the main difference is that MFT entries can have variable size.

In the three file system designs above, directories are represented as a file containing name-to-filenumber mappings where one entry in the directory corresponds to a file or subdirectory. (In FAT, file metadata is also stored in the directory.)

Name-to-filenumber pairs stored in directories are called hard links, which can be created using the link() syscall.

Soft links are a special entry in directory files with name-to-path mappings. Whenever the original name is accessed, the OS will look up the file corresponding to the stored path.

How do we prevent loss of data due to disk failure?

Redundant Array of Inexpensive Disks. Rather than using one large, expensive, reliable disk, we use a large amount of small, expensive, unreliable disks and duplicate the data across the disks.

Reliability is the guarantee that data remains in a consistent state after recovering from disk failure. This differs from durability since the former deals with the recovery step itself.

A Transaction is an atomic sequence that takes a system from one consistent state to another. Transactions follow four properties (ACID):

One way to guarantee reliability in a filesystem is to write operations to a log first. Once the whole transaction is written to the log, the disk will then apply the necessary changes.

EXT3 is basically FFS but with logging.

A log structured file system takes logging to another level by making the entire filesystem one log.

Previously, we talked about transactions on a single machine. But what if we have lots of computers, and need to coordinate transactions between them? It’s possible for one machine to be in an inconsistent state while the others are operating normally.

2PC is a scheme for distributed consensus making. It proceeds as follows:

If one or more workers send VOTE-ABORT or times out, then the coordinator sends a GLOBAL-ABORT and no operation should be completed.

Messages over an unreliable network cannot guarantee entities to do something simultaneously. However, this doesn’t apply to 2PC because there is no simultaneous operation. 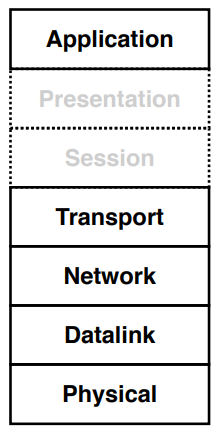 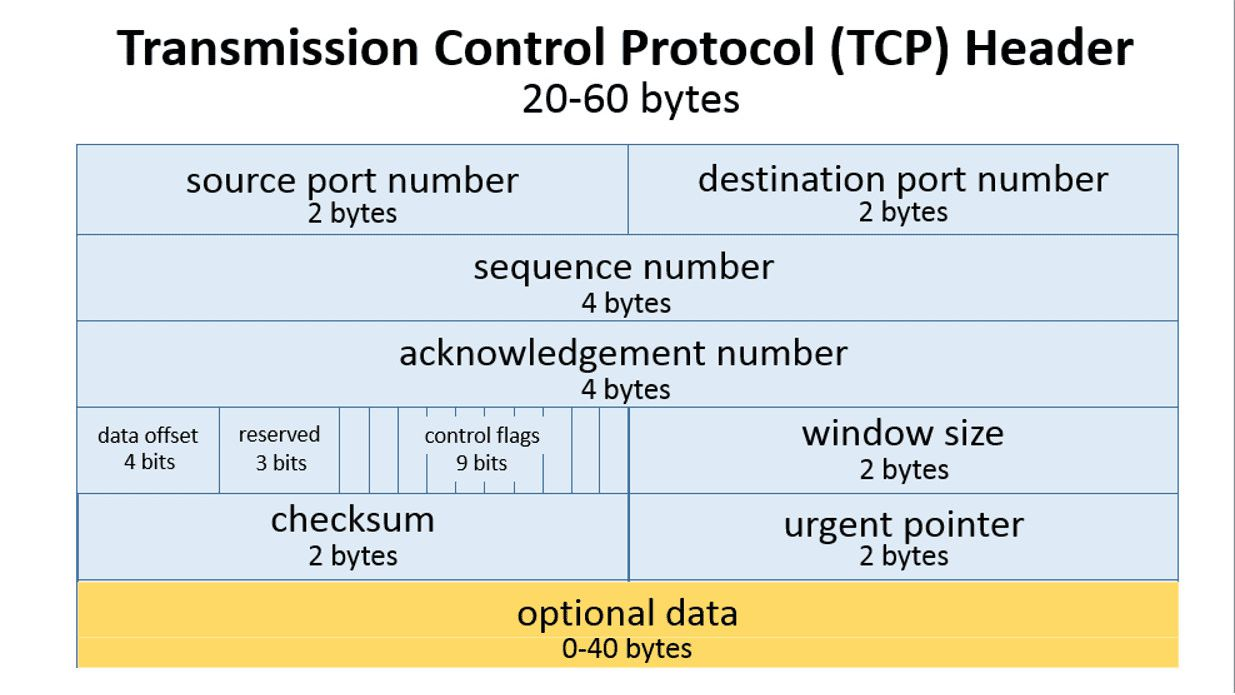 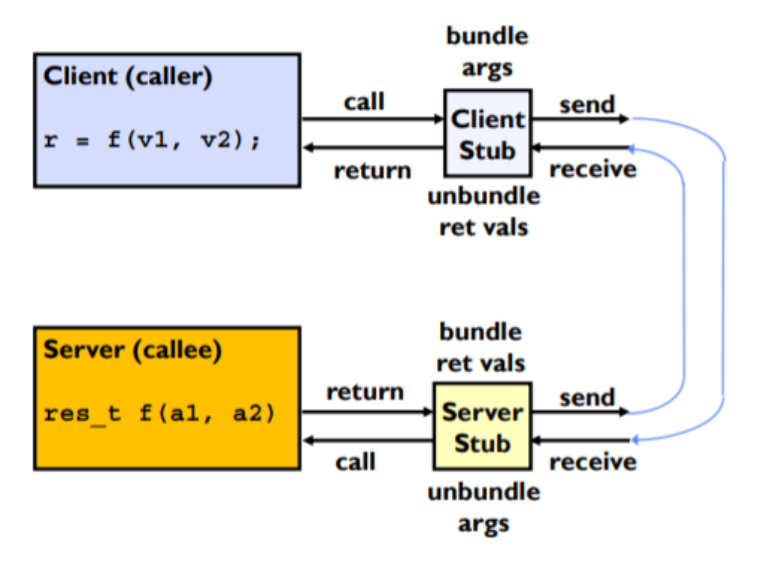 RPC’s (remote procedure calls) are an interface to call functions on another machine.

Create an abstraction (virtual file system, VFS) that allows the system to interact with remote files as if they were local.

The primary argument is that we can’t trust the network, so we need to guarantee services on both ends.